Bangladesh is a melting pot of races. She, therefore, has a mixed culture. Her deep rooted heritage is amply reflected in her architecture, literature, dance, drama, music and painting. Bangladeshi culture is influenced by three great religions- Hinduism, Buddhism and Islam in successive order, with Islam having the most pervading and lasting impact. Like a colorful montage, the cultural tradition of the country is a happy blending of many variants, unique in diversity but in essence greatly symmetrical.

A series of festivals varying from race to race are observed here. Some of the Muslim rites are Eid-e-Miladunnabi, Eid-ul-Fitr, Eid-ul-Azha, Muharram etc. Hindus observe Durga Puja, Saraswati Puja, Kali Puja and many other pujas. Christmas ( popularly called Baradin in Bangla ) is observed by Christians. Also there are some common festivities, which are observed countrywide by people irrespective of races. Pahela Baishakh (the first day of Bangla year) is such a festival. National festivals are Independence Day (26th March), 21st February (the National Mourning Day and World Mother Language Day), The Victory Day (16th December), Rabindra & Nazrul Jayanti etc.

Bangalees have a rich literary heritage. The earliest available specimen of Bengali literature is about a thousand years old. During the mediaeval period. Bengali Literature developed considerably with the patronage of Muslim rulers. Chandi Das, Daulat Kazi and Alaol are some of the famous poets of the period. The era of modern Bengali Literature began in the late nineteenth century Rabindranath Tagore, the Nobel Laureate is a vital part of Bangalee culture. Kazi Nazrul Islam, Michael Madhusudan Datta. Sarat Chandra Chattopadhaya, Bankim Chandra Chattopadhaya, Mir Mosharraf Hossain and Kazi Ahdul Wadud are the pioneers of modern Bengali Literature. 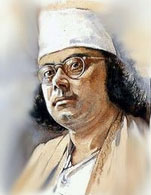 The traditional music in Bangladesh shares the perspectives of that of the Indian sub-continent. Music in Bangladesh can be divided into three distinct categories -classical, folk and modern. The classical music, both vocal and instrumental is rooted in the remote past of the sub-continent. Ustad Alauddin Khan and Ustad Ayet Ali Khan are two names in classical instrumental music who are internationally known. The store of folk song abounds in spiritual lyrics of Lalan Shah, Hasan Raja, Romesh Shill and many anonymous lyricists. Bangla music arena is enriched with Jari, Shari, Bhatiali, Murshidi and other types of folk songs. Rabindra Sangeet and Nazrul Sangeet are Bangalees' precious heritage. Modern music is also practiced widely. Contemporary patterns have more inclinations to west. Pop song and band groups are also coming up mainly in Dhaka City. 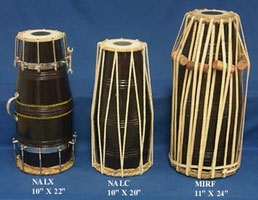 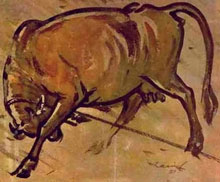 Drama in Bangladesh has an old tradition and is very popular. In Dhaka more than a dozen theater groups have been regularly staging locally written plays as well as those adopted from famous writers, mainly of European origin. Popular theatre groups are Dhaka Theatre, Nagarik Nattya Sampraday and Theatre. In Dhaka, Baily Road area is known as 'Natak Para' where drama shows are regularly held. Public Library Auditorium and Museum Auditorium are famous for holding cultural shows. Dhaka University area is a pivotal part of cultural activities.

Classical forms of the sub-continent predominate in Bangladeshi dance. The folk, tribal and Middle Eastern traits are also common. Among the tribal dances, particularly popular are Monipuri and Santal. Rural girls are in the habit of dancing that does not require any grammar or regulations. Bangla songs like jari and shari are presented accompanied with dance of both male and female performers.

Jatra(Folk Drama) is another vital chapter of Bangalee culture. It depicts mythological episodes of love and tragedy. Legendary plays of heroism are also popular, particularly in the rural areas. In near past jatra was the biggest entertainment means for the rural Bangalees and in that sense for 80% of the population since the same percentage of the population lived in rural Bangladesh. Now-a-days jatra has been placed in the back seat in the entertainment era. Gradually western culture is occupying the place of traditional culture like jatra.

There are some transportation means that are parts of culture of Bangladesh. In rural areas bullock carts, buffalo carts and tomtoms (horse carts) are commonly used. In old Dhaka once tomtom was a common vehicle and still it is found, though rare. Bicycles are used both in rural and urban areas. Palki (a box-like vehicle carried on shoulders by six men) is a wedding transportation means. Brides are carried to the bridegrooms' places by Palki. Being a land crisscrossed by rivers, Bangladesh has a wide-ranged tradition of ferry transport. Wooden boat popularly called nawka is a vital means of rural communication. Rickshaw is a very common vehicle to Bangladeshis.

Bangladeshi women habitually wear Sarees. Jamdani was once world famous for it's most artistic and expensive ornamental fabric. Moslin, a fine and artistic type of cloth was well-known worldwide. Naksi Kantha, embroidered quilted patchwork cloth produced by the village women, is still familiar in villages and towns simultaneously. A common hairstyle is Beni (twisted bun) that Bangalee women are fond of. Traditionally males wear Panjabis, Fatuas and Pajamas. Hindus wear Dhuty for religious purposes. Now-a-days common dresses of males are shirts and pants.